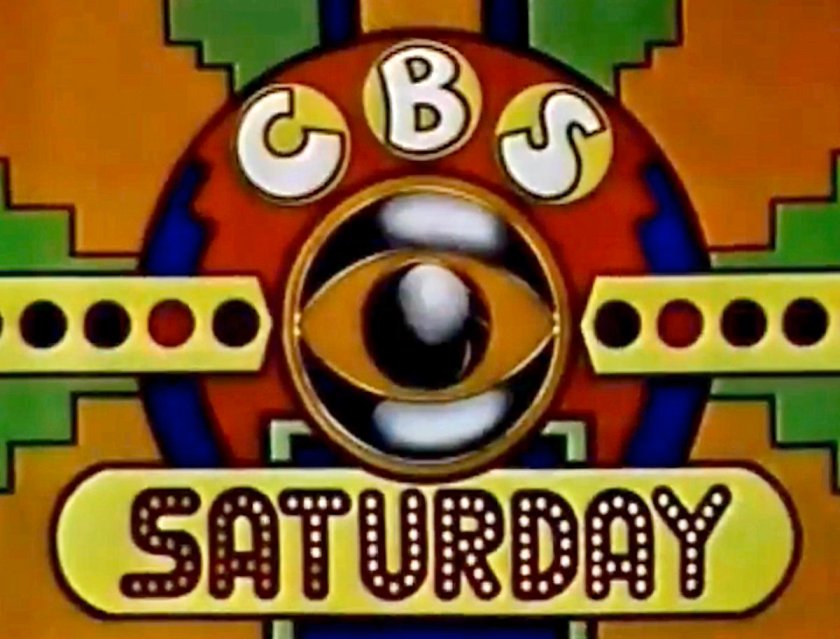 Recently, my daughter has been on a kick of watching Japanese anime on Netflix and it got me thinking about watching cartoons as a kid. I don’t want to go off on a tangent about “back in my day”, but it is amazing how much more accessible things are now.

When I was younger, we add limited options for cartoons. For starters, we only had a few channels. The pre-cable days usually meant less than ten total channels to choose from. You had the major networks (ABC,CBS,NBC,PBS) along with a few independent channels, but that was it.

No 24-hour cable channels. No full-time cartoon channels and certainly no thousands of hours of cartoons on demand. As a youngster, if I wanted to see cartoons, I had to watch them like everyone else – on Saturday mornings.

Sure, some would air weekdays after school, or even on Sundays, but the Saturday morning block was what really mattered. As a kid, this was paradise. This was the closest to Netflix we had at the time. Three channels programming just for you. ABC, NBC, CBS were all dedicated to the pre-teen set.

Cartoons, puppet shows, live action for kids – it was all available for you to pick and choose. I was the youngest of three boys, so I didn’t get to call the TV as my own very often, but Saturday mornings were all mine. My brothers were usually out playing or joining my dad on the golf course or sometimes just sleeping late, so I had the TV all to myself.

This week, I wanted to take a look at a typical Saturday morning from 1978. For our purposes, we’re going to start the programming at 8 am. I was usually up long before then, but early morning was often a hodgepodge. You’d get things like Kids are People Too or The Big Blue Marble. But the real meat and potatoes didn’t start until 8 am.

My TV was usually tuned to ABC or NBC. Today, CBS touts itself as “America’s Favorite Network.”, but not to ten-year old me. Let’s see if anything has changed.

They led off the morning block with the All-New Popeye Hour. This was a tough time for the spinach -loving sailor. His earlier shows had been removed from syndication and cut to pieces when the FCC and parent groups attacked their violence. CBS tried to bring it back in a sanitized version, but it just wasn’t the same.

There had been earlier concerns with King Syndicates about who owned the Bluto name, which is why the bad guy was called Brutus for decades. However, this was the first time since the 1950’s that the bad guy was able to return to his original name of Bluto.

Quick trivia – During this run, Bluto was voiced by Allan Melvin, better known as Sam the butcher from The Brady Bunch.

This version of the show lasted for five years, during which we also got to see Robin Williams bring the character to life in Robert Altman’s film.

At 9:00, CBS aired their perennial favorite – The Bugs Bunny/Road Runner Show. Basically, that meant ninety minutes of the same stuff they’d been running for years. But hey! If it ain’t broke…. They still got high ratings.

This was the standby in my house if my dad was going to be home. He couldn’t put up with a lot of the silliness from the shows I enjoyed watching, but he’d gladly sit down and watch Wile E. Coyote fail again and again.

10:30 am brought us Tarzan and the Super Seven. I’ve never understood the appeal of the King of the Jungle. The 1999 Disney version is about the only version I can watch again and again (although that’s mostly due to Phil Collin’s score). And some form of this cartoon ran for more than five years.

My personal nightmare came when they combined Tarzan & The Lone Ranger. The only thing that would have made it worse would be to add Zorro. Oh wait – they did….Ugh, that was a difficult time for me…

The only saving grace was that some executive at CBS felt that Tarzan wasn’t strong enough on his own. Instead, he was teamed up with a completely random group of superheroes for a cartoon block. And when I say random, I’m not talking “X-Men” random. This was even more random than the West Coast Avengers.

This was a show made up of nothing but 12:55 skits on Saturday Night Live.

This is what waited for you on The Super Seven:

Manta & Moray: “Let’s take all the exciting parts from both Aquaman and Prince Namor and throw them out the window. We’ll make a show out of whatever’s left. ”

Moray is a young survivor of a plane crash that killed her family. She is (of course) subsequently raised by dolphins.

She meets Manta – the last survivor of an ancient civilization named Mu – and, along with their seal named Whiskers, they go on undersea adventures.

The Freedom Force: Isis, Hercules, Merlin, Super-Samurai & Sinbad team up for a fight against evil. Sadly, the character Sinbad is the pirate of yore and not the 90’s comedy superstar. I would have watched THAT.

Jason of Star Command: The only live-action one of the bunch. On paper, I should have loved this show. Aliens, robots, cheesy special effects, spaceships, intergalactic dog fights and Scotty from Star Trek. However, I remember trying to watch and really disliking it for some reason. I just watched a few episodes now to refresh my memory and have the same feeling of apathy.

I was surprised to find no Louis Gossett Jr, though. For some reason, I had a link in my head between this and The Powers of Matthew Star – another live action space show on CBS (which I also dismissed).

Web Woman: A young NASA scientist turned farmer saved the life of an alien and was given in return a ring which granted her all powers of the insect kingdom. Aided by her sidekick Spinner, a bat/spider hybrid, she traveled in an eight-legged vehicle called the Web-Trac to save the galaxy from invasion.

Superstretch and Microwoman: Chris and Christy Cross were your average American suburban couple who just happened to have super powers. Christy could shrink to microscopic size, while Chris could transform into virtually any shape ( a ball, a train, a perfect duplicate of a human being). At least he wasn’t stuck being some form of water like the Wonder Twins. Together with their dog named Trouble, they would save the world from evil doers.

My daughter is big on super heroes these days and keeps trying to come up with new ones. However, she grants every one of them “every power on earth”. While that would be nice, it’s also really boring because they can get out of any situation imaginable. They all need some kind of Kryptonite. Superstretch feels like that to me. He’s too open ended – not enough limitations and just kinda dull.

They were a big deal because they were the first televised African American superteam, but they ultimately couldn’t keep anyone’s interest. They lasted the longest of these new animated segments, but that only meant eleven episodes.

Rounding out The Seven was The New Adventures of Batman. This was interesting because it was a direct competitor to The Challenge of the Superfriends airing on ABC. The biggest difference between them was the voice acting. This featured Adam West and Burt Ward from the live action show of the 60’s while Superfriends had Olan Soule & Casey Kasem handling the leads. Otherwise, it was more of the same. Plus, it brought us Bat-Mite, the Scrappy-Doo of the Batman Universe.

Looking at this now, I’m a bit confused. The show was titled Tarzan and the Super Seven. There were seven blocks of shows that would rotate each week, so you may go three weeks between episodes of Manta & Moray, but you’d see something each week. However, Tarzan was one of those blocks, so shouldn’t this be called Tarzan and the Super Six? Or Tarzan OF the Super Seven? Maybe that’s why it flopped. Nobody could do the math.

The post noon time slots were usually the most fluid. Shows were put in place and moved around often to accommodate for sports or any random “other programming”. You would find two more live action space serials –Space Academy & ARK II – along with Fat Albert & the Cosby Kids. Rounding out the day was 30 Minutes, a news-magazine aimed at kids.

Even now, forty years later, I hold almost no attachment to these shows. Maybe it’s the actual programming. More likely, I just get more excited about what else was on the air.

UP NEXT: ABC Saturday!

This site uses Akismet to reduce spam. Learn how your comment data is processed.